21 billionaires who grew up poor Billionaires aren’t all born with silver spoons in their mouths.

In fact, many came from nothing at all.

The “rags-to-riches” trope may be a cliché, but it’s one that’s definitely grounded in reality for some famous billionaires.

Through extraordinary grit and perseverance, individuals across the globe have beaten the odds and achieved their own rags-to-riches stories.

Here are 21 people who started off life poor and went on to become billionaires:

Guy Laliberté was a fire-eater before founding Cirque du Soleil. At the beginning of his career, Laliberté had fire in his belly — literally. The Canadian-born circus busker played the accordion, walked on stilts, and ate fire.

Later on, Business Insider previously reported, he took a chance and flew a troupe from Quebec to Los Angeles without purchasing a return fair. The circus troup travelled to Las Vegas and became Cirque du Soleil.

Laliberté is now the CEO of Cirque de Soleil.

Alan Gerry kickstarted a TV network that went on to become Cablevision. 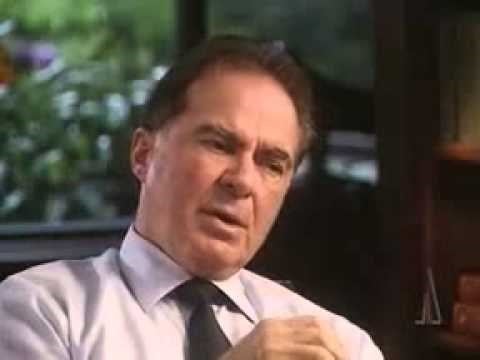 The son of Russian immigrants, Alan Gerry dropped out of high school in order to pursue a career in the Marines. Bloomberg reported that, after his stint in the military, Gerry went on to found “a tiny television repair business after training via the G.I. Bill.”

In 1956, Gerry made the decision to take the $1,500 he earned from his small business, and found a cable company. The company went on to become known as Cablevision, which sold to Time Warner for an estimated $2.7 billion in 1996, according to Forbes.

Kenny Troutt, the founder of Excel Communications, paid his way through college by selling life insurance. Troutt grew up with a bartender dad and paid for his own tuition at Southern Illinois University by selling life insurance. He made most of his money from phone company Excel Communications, which he founded in 1988 and took public in 1996. Two years later, Troutt merged his company with Teleglobe in a $3.5 billion deal.

Montpellier rugby club president and Entrepreneur of the Year Mohed Altrad survived on one meal a day when he moved to France. Born into a nomadic tribe in the Syrian dessert to a poor mother who was raped by his father and died when he was young, Altrad was raised by his grandmother. She banned him from attending school in Raqqa, the city that is now the capital of ISIS.

Altrad attended school anyway, and when he moved to France to attend university, he knew no French and lived off one meal a day. Still, he earned a PhD in computer science, worked for some leading French companies, and eventually bought a failing scaffolding company, which he transformed into one of the world’s leading manufacturers of scaffolding and cement mixers, Altrad Group.

Starbucks founder Howard Schultz grew up in a housing complex for the poor. In an interview with the Mirror, Schultz said: “Growing up I always felt like I was living on the other side of the tracks. I knew the people on the other side had more resources, more money, happier families. And for some reason, I don’t know why or how, I wanted to climb over that fence and achieve something beyond what people were saying was possible.

“I may have a suit and tie on now but I know where I’m from and I know what it’s like.”

Schultz ended up winning a football scholarship to the University of Northern Michigan and went to work for Xerox after graduation. Shortly after, he took over a coffee shop called Starbucks, which at the time had only 60 shops. Schultz became the company’s CEO in 1987 and grew the coffee chain to more than 16,000 outlets worldwide.

He’s since stepped down from his role as the coffee giant’s CEO, and also resigned as executive chairperson in 2018. Winfrey was born into a poor family in Mississippi, but this didn’t stop her from winning a scholarship to Tennessee State University and becoming the first African American TV correspondent in the state at the age of 19.

In 1983, Winfrey moved to Chicago to work for an AM talk show which would later be called “The Oprah Winfrey Show.”

John Paul DeJoria, the man behind a hair-care empire and Patron Tequila, once lived in a foster home and his car. Before the age of 10, DeJoria, a first generation American, sold Christmas cards and newspapers to help support his family. He was eventually sent to live in a foster home and even spent some time in a gang before joining the military.

With a $700 dollar (R10,000) loan, DeJoria created John Paul Mitchell Systems and sold the shampoo door-to-door while living in his car. He later started Patron Tequila, and now invests in other industries.

Forever 21 founder Do Won Chang worked as a janitor, gas station attendant, and in a coffee shop when he first moved to America. The husband-and-wife team — Do Won Chang and Jin Sook — behind Forever 21 didn’t always have it so easy. After moving to America from Korea in 1981, Do Won had to work three jobs at the same time to make ends meet. They opened their first clothing store in 1984. To help pay for Langone’s school at Bucknell University, he worked odd jobs and his parents mortgaged their home.

In 1968, Langone worked with Ross Perot to take Electronic Data Systems public. (It was later acquired by HP.) Just two years later, he partnered with Bernard Marcus to start Home Depot, which also went public in 1981. Bloomberg reported that Stephen Bisciotti lost his father when he was eight, and subsequently had to work himself through college while attending Salisbury State. He went on to co-found a firm that would become Allegis Group — one of the biggest talent and staffing companies in the world — at the age of 23.

Now, according to Forbes, the Maryland native owns the NFL’s Baltimore Ravens team.

At one time, businessman Shahid Khan washed dishes for $1.20 an hour. He’s now one of the richest people in the world, but when Khan came to the US from Pakistan, he worked as a dishwasher while attending the University of Illinois. Khan now owns Flex-N-Gate, one of the largest private companies in the US, the NFL’s Jacksonville Jaguars, and the soccer club Fulham.

Ralph Lauren was once a clerk at Brooks Brothers dreaming of men’s ties. Lauren graduated high school in the Bronx, New York, but later dropped out of college to join the Army.

It was while working as a clerk at Brooks Brothers that Lauren questioned whether men were ready for wider and brighter designs in ties. The year he decided to make his dream a reality, 1967, Lauren sold $500,000 worth of ties. He started Polo the next year.

Legendary trader George Soros survived the Nazi occupation of Hungary and arrived in London as an impoverished college student. 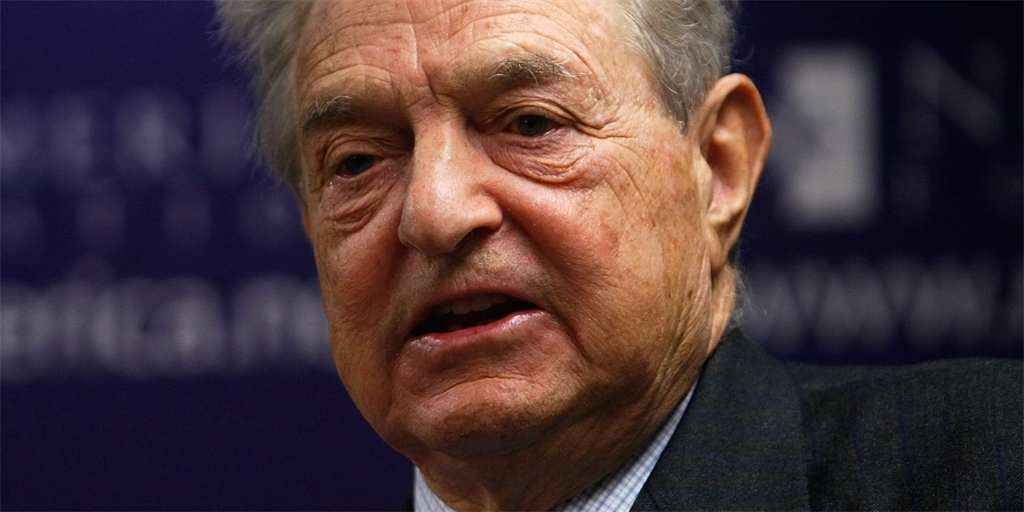 In his early teens, Soros posed as the godson of an employee of the Hungarian Ministry of Agriculture in order to stay safe from the Nazi occupation of Hungary. In 1947, Soros escaped the country to live with his relatives in London. He put himself through the London School of Economics working as a waiter and railway porter.

After graduating, Soros worked at a souvenir shop before getting a job as a banker in New York City. In 1992, his famous bet against the British pound made him a billion dollars.

WhatsApp founder Jan Koum emigrated to the US. Koum was born in Kyiv, Ukraine. At the age of 16, he accompanied his mother to California, where they secured an apartment through government assistance. In order to survive, he swept floors at a local store.

According to the Independent, Koum taught himself computer skills. In 2009, he cofounded the world’s largest mobile messaging service WhatsApp, which was purchased by Facebook for $22 billion in 2014. Abramovich was born in southern Russia, into poverty. After being orphaned at age two, he was raised by an uncle and his family in a subarctic region of northern Russia.

While a student at the Moscow Auto Transport Institute in 1987, he started a small company producing plastic toys, which helped him eventually found an oil business and make a name for himself within the oil industry. Later, as sole leader of the Sibneft company, he completed a merger that made it the fourth biggest oil company in the world. The company was sold to state-run gas titan Gazprom in 2005 for for $13 billion.

He acquired the Chelsea Football Club in 2003 and owns the world’s largest yacht, which cost him almost $400 million in 2010. A 2009 BBC article reported the ArcelorMittal CEO and chairperson, who was born in 1950 to a poor family in the Indian state of Rajasthan, “established the foundations of his fortune over two decades by doing much of his business in the steel industry equivalent of a discount warehouse.”

Today Mittal runs the world’s largest steel making company and is a multibillionaire.

Leonardo Del Vecchio grew up in an orphanage and later worked in a factory where he lost part of his finger. Del Vecchio was one of five children who was eventually sent to an orphanage because his widowed mother couldn’t care for him. He would later work in a factory making moulds of auto parts and frames for glasses.

At the age of 23, Del Vecchio opened his own moulding shop, which expanded to become the world’s largest maker of sunglasses and prescription eyewear with brands like Ray-Ban and Oakley.

Luxury goods mogul Francois Pinault quit high school in 1974 after being bullied for being poor. Pinault is now the honorary chairperson of fashion conglomerate Kering (formerly PPR), but at one time, he had to quit high school because he was teased so harshly for being poor.

As a businessman, Pinault is known for his “predator” tactic, which includes buying smaller firms for a fraction of the costwhen the market crashes. He eventually started PPR, which owns high-end fashion houses including Gucci, Stella McCartney, Alexander McQueen, and Yves Saint Laurent.

After his father died, business magnate Li Ka-shing had to quit school to help support his family. 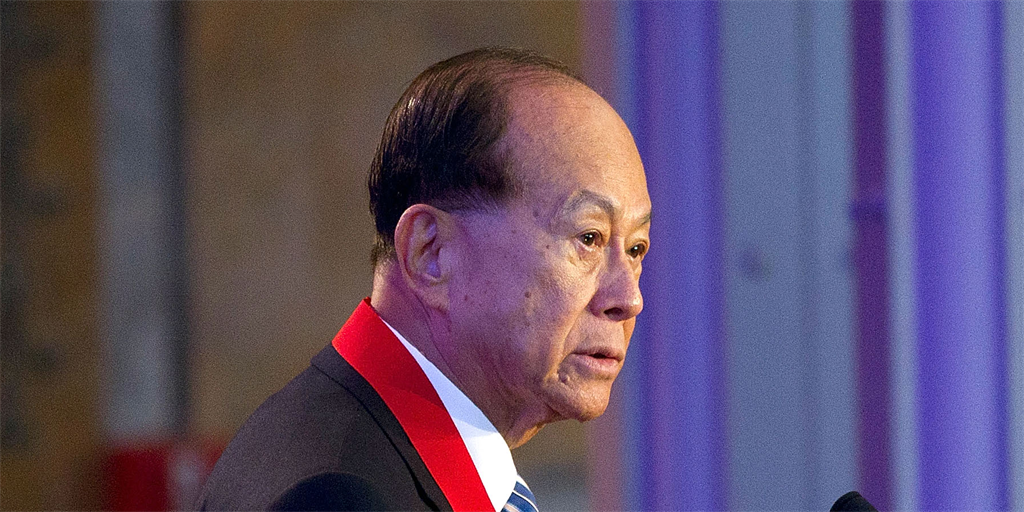 Ka-shing fled mainland China for Hong Kong in the 1940s, but his father died when he was 15, leaving Ka-shing responsible for supporting his family.

In 1950, he started his own company, Cheung Kong Industries, which manufactured plastics at first. The firm later expanded into the real estate business. Adelson, the son of a cab driver, grew up in Dorchester, Massachusetts, and began selling newspapers at the age of 12, according to Bloomberg Businessweek.

Adelson lost almost all of his money in the Great Recession, but he earned much of it back in the following years. He now runs Las Vegas Sands, the largest casino company in the world, and is considered the most high-profile political donor in America, Forbes reported.

Oracle’s Larry Ellison dropped out of college after his adoptive mother died, and held odd jobs for eight years. 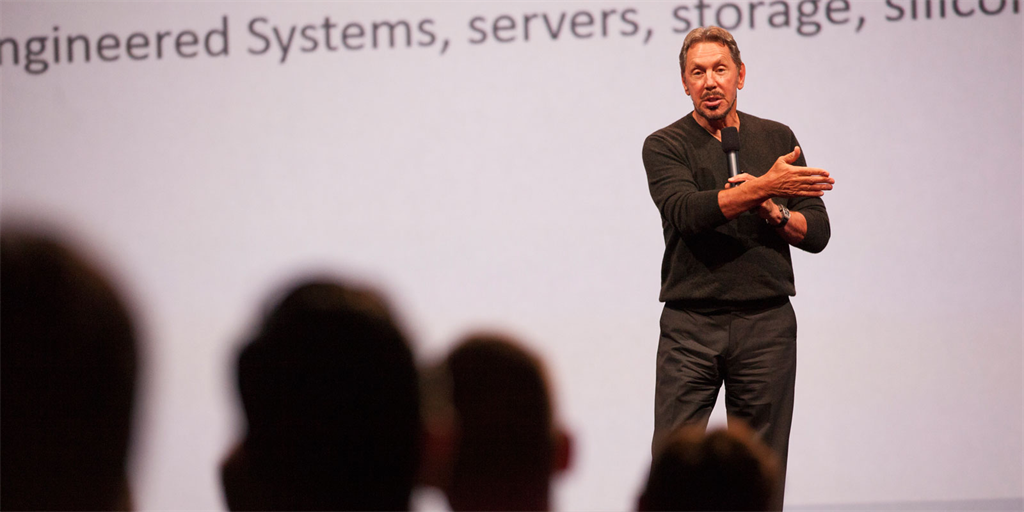 Born in Brooklyn, New York, to a single mother, Ellison was raised by his aunt and uncle in Chicago. After his aunt died, Ellison dropped out of college and moved to California to work odd jobs for the next eight years.

He founded software development company Oracle in 1977, which is now one of the largest technology companies in the world.

The National Arts Festival Looks to 2022 and Opens the Call

5 Business Hacks for Entrepreneurs in 2022

Creative Ways to Save Money When Starting a Startup