The Predator Triton 700 houses the latest high-performance NVIDIA® GeForce® GTX 1080 (overclockable) graphics and standard-voltage 7th Generation Intel® Core™ processors in a svelte 18.9 mm-thin (0.74 inch) aluminum chassis, thanks to Acer’s industry-leading AeroBlade™ 3D metal fans that increase airflow by 35%[i] yet take up less space within the device. Two NVMe PCIe SSDs[ii] in RAID 0 configuration and up to 32 GB of DDR4 2400 MHz memory help ensure that the system runs at peak performance.

Rounding out the notebook’s powerful features are Killer DoubleShot™ Pro networking and Thunderbolt™ 3 connectivity, which provides speeds up to 40 Gbps and supports dual 4K video output. The Predator Triton 700 also includes two USB 3.0 ports (featuring power-off USB charging), one USB 2.0 port, an HDMI 2.0 port, one DisplayPort connector and a Gigabit Ethernet port for those preferring a hard-wired connection. Networking is powered by Killer DoubleShot™ Pro technology, which picks the fastest network connection (Ethernet or Wireless) and sends all high priority traffic over that interface, while standard traffic is sent over the other.

As the first from the new ultrathin Predator Triton gaming notebook series, the Predator Triton 700 features an understated black chassis and a minimalist design, with straight contours and angular front corners. A large Corning® Gorilla® Glass plate above the keyboard serves as a window into the notebook’s cooling system, showcasing the AeroBlade™ 3D Fan and five heat pipes, and also functions as a Precision Touchpad.

Of course, no gaming notebook is complete without a mechanical keyboard, which delivers a satisfying typing experience and fast, accurate response times. The keys are RGB backlit and can be individually programmed. 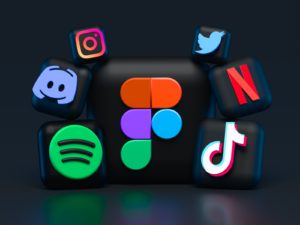 Apps to empower girls this International Day of the Girl

DIGIX Lab to empower developers on the African continent

For developers out there, having a designated space to go to when working on your next big App idea will without a doubt play an instrumental role in the successful development of your App as well as its growth. The Huawei DIGIX Lab in Johannesburg is another way that Huawei Mobile Services (HMS) is proving […]