Many young people are unsure what to do with their lives when they finish high school. While many careers might find scrutiny from many people, almost no one says the world needs fewer doctors. The idea of saving lives and healing people is one of the greatest vocations for anyone. While it is true that there is often a lot of money involved in becoming a doctor, there are greater reasons to become one. But you can’t avoid that it does come with payment, though it is not as easy as you would assume. Let’s consider the reasons why students should consider a career in medicine.

Unlike careers that are, at their very heart, dependent on technology, everyone needs a doctor. You’ll often see careers like financiers, politicians, and lawyers listed alongside doctors because these won’t become irrelevant anytime soon. There’s no chance of any of these a VCR repairmen, for example. The discipline is also wide enough you can find various specialisations that are in demand.

As Leslie Kane director of Medscape’s Business of Medicine, noted to CBS News: “People coming out of medical school are looking at specialties as opposed to primary care, and money is a big factor. Forty-one percent of doctors age 40 to 44 are still paying off medical school debt. Sixteen percent of doctors in their 50s are still paying of debt. So that has a lot to do with which specialty are you going to go into, when you start seeing figures like that.”

Doctors are usually in the discipline for life, only becoming more qualified and more in demand as time goes on. There are a lot of factors to consider, such as which country you operate in, of course. But the overall picture is that it is a financially stable career to go into.

Even if the money can be good, there are still other issues. As some have pointed out, given debts, time and energy, the money doesn’t deliver. As one doctor noted in The Guardian: “I live with two of my friends who I went to secondary school with, neither of whom work in a medical specialty. They both work in the City with jobs that allow them to be home to watch Pointless and they both earn a similar amount of money to me.”

And yet, that didn’t negate why the work is important. “Maybe it isn’t okay to stay late every day; maybe I am being taken advantage of. Throughout my (admittedly so far short) career, I see examples of this every day; nurses staying one to two hours late to complete their documentation, doctors staying late to take care of their sick patients.”

It’s not the money that keeps people working late, since often they see no compensation for this. The knowledge that you are healing is what matters. This doesn’t mean doctors are all universally kind or in it for the joy of curing ailments, of course – but for many, it is a powerful motivator to continue to working in an admittedly high stress, not really well compensated, career. While it is true you can eventually create wealth in the future, getting to a position where you have your life back more than giving it up to the work will take time. Yet the reward of treating others has no equal in almost any other career path.

This is often what motivates the brave people who work with Doctors Without Borders. After all, you don’t go into such scenarios with money as a motivator. Something far more powerful drives them and it can come to take over someone’s entire life, leaving them more fulfilled than most people.

Medicine can also be a source of constant fascination. So much scientific research is focused on curing ailments and disease. It takes years, requires brilliant insight and strong opinions. Many love the cut and thrust of research life, as puzzles need to be solved by the smartest people in the world. It is this kind of ingenuity which leads people to win Nobel Prizes.

Yoshinori Ohsumi, the last Nobel laureate in medicine, was awarded it due to the incredible advances he’d made “in mechanisms underlying autophagy, a fundamental process for degrading and recycling cellular components… Ohsumi’s discoveries led to a new paradigm in our understanding of how the cell recycles its content. His discoveries opened the path to understanding the fundamental importance of autophagy in many physiological processes, such as in the adaptation to starvation or response to infection. Mutations in autophagy genes can cause disease, and the autophagic process is involved in several conditions including cancer and neurological disease.”

Ohsumi will go down in history and his name will live on forever. His advances could lead to incredible progress and make the world a better place. Many scientists love solving the puzzles before them and medicine provides such an opportunity. 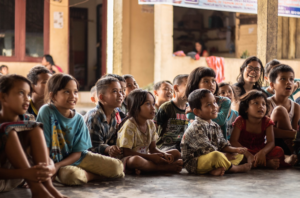 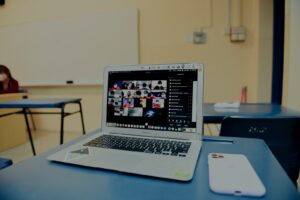 How to prepare for your online conference?

Recently, the world has moved on to radical changes in working conditions. You’ve probably had to work from home over the past year, and it hasn’t been easy to adjust to it. And how many lockdowns we will have to go through in the future is unknown, so it’s high time for businesses to master […]

Businesses that are founded by partners are more likely to be successful. It is also beneficial to have someone to share the bulk of work and responsibilities with.  There are some inspiring stories of businesses like Google or Microsoft that were founded by college friends. Why not start a company with your college pal, one […]