Coding isn’t particularly easy to learn but that’s exactly why it’s so valuable. Even if you have no plans to become a software developer, spend a few weeks or month learning to code and I can guarantee it will sharpen your ability to troubleshot and solve problems.

Take a look at the following 10  places that offer coding courses for free:

One of the most popular free places to learn coding is CodeAcademy. In fact, more than 24 million people have already learned how to code through this educational company’s engaging experience. At CodeAcademy, you can dive right in and take courses that teach you everything from HTML & CSS, JavaScript, jQuery, PHP, Python and Ruby.

Founded in 2012, Coursera has grown into a major for-profit educational-technology company that has offered more than 1,000 courses from 119 institutions. While you can pay for certain programs to receive a certificate, there are a number of free introductory programming courses in various specializations from universities such as the University of Washington, Stanford, the University of Toronto and Vanderbilt.

EdX is another leading online-learning platform that is open source instead of for-profit. It was founded by Harvard University and MIT in 2012, so you know that you’ll learn about cutting-edge technologies and theories. Today, edX includes 60 schools. You probably can’t go wrong with the free Introduction to Computer Science from Harvard University.

Founded in 2010, Udemy is an online learning platform that can be used as a way to improve or learn job skills. While there are courses you have to pay for, there are plenty of free programming courses, which are taught via video lessons, such as Programming for Entrepreneurs – HTML & CSS or Introduction to Python Programming.

AGupieWare is an independent app developer that surveyed computer-science programs from some of the leading institutions in the U.S. It then created a similar curriculum based on the free courses offered by Stanford, MIT, Carnegie Mellon, Berkeley and Columbia. The program was then broken into 15 courses: three introductory classes, seven core classes and five electives.

Sometimes, you need to recall a reference book when you’re stuck on a problem. That’s GitHub. You can find more than 500 free programming books that cover more than 80 different programming languages on the popular web-based Git repository hosting service, which means that it’s frequently updated by collaborators.

This is a community of developers, which include some high-profile developers such as Bram Cohen, the inventor of BitTorrent. There, you can perfect your programming skills by learning from some of the leading developers in the world.

Based out of New Zealand, Code Avengers provides fun and interactive programming courses that will teach you how to code games, apps and web sites using JavaScript, HTML and CSS. Each course takes just 12 hours to complete and is available in English, Russian, Dutch, Spanish, Italian, Turkish and Portuguese.

Created in 2006 by educator Salman Khan, Khan Academy is one of the original free online-learning institutions. With step-by-step video tutorials, you can  learn how to program drawings, animations and games using JavaScript and ProcessingJS, or learn how to create webpages with HTML and CSS. 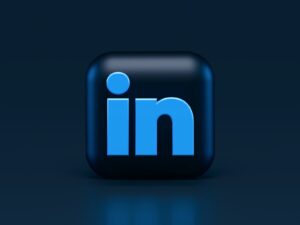 Seven sure ways to stand out & get yourself noticed on LinkedIn

LinkedIn has been around longer than most platforms (including Facebook), yet it tends to get ignored in the social media noise. Don’t be fooled. Sometimes dismissed as ‘Facebook for work’, this platform can be a valuable tool for building and advancing your career. It’s great for networking, making business connections and – best of all […] 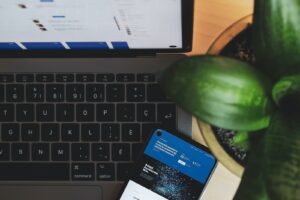 The last year has redefined work so that it is now much more about “what you do” and much less about “where you go.” As it becomes feasible for us to meet one another again, leaders are having to think about what the office is really for and how best to use the space. While […]

Today, React is the most popular library for front-end developers. Simply said, learning React improves your development skills, and many organizations consider these skills to be important. React developers should be eager to improve or audit their knowledge of Facebook’s well-known JavaScript Library.  See how you fare against these crucial React developer abilities. 1.Using HTML […]