Insurance and risk in an age of social media

Thanks to Kim Kardashian’s much-publicised diamond jewellery heist people are generally aware that posting pics of your brand-new sports cars, their newest electronic goods, or expensive fashion or jewellery purchases is best avoided.  After publicly ‘advertising’ the diamond pieces that she was travelling with online as well as her movements, “it was a very easy step for the criminals who finally stole Kim’s jewellery to use an online – and publicly available – location service to pin point her Paris hotel, and drop in while she was out,” says Colman.

From a security perspective, the point is not to make a target of yourself.

Telling people where you are going on holiday, when you will be leaving your home, or, indeed, in an age of home invasions and kidnappings, when you will be having friends and family over, exposes you to risk. It is also very important that location services on devices are turned off, “especially when the whereabouts of children are concerned, but also to avoid digital eavesdroppers from establishing your routines and other patterns,” says Colman.

A short-hand check is to simply to ask yourself, “how can the information that I place on social media be used against me? And then don’t place this information online,” advises Colman.

Apart from kidnap and other horror crimes, simply posting that you are at a restaurant with friends tells criminals that your home is unguarded, for example.

Colman suggests that consumers consider the following precautions to avoid falling prey to criminals in an age of social media:

Criminals can also use publicly available data, like Google Street View, to ascertain the security features of a home, like; spikes, electric fencing, walls and the entire perimeter of a property.

In a recent case, criminals secured the mobile phone and personal details of someone who had just taken possession of a R 5 million vehicle. Posing as the vehicle’s manufactures, “the criminals contacted the new owner to inform them there was a problem with the steering function of the car and asked for the vehicle to be towed into the repair shop, gaining possession of the vehicle and never returning it,” reports Colman. Unfortunately, investigators were unable to recover the vehicle.

Despite these instances, insurers in South Africa are not currently using social media in a ‘scientific’ way, to build risk profiles and calculate premiums, for example. The sheer volume of personal information online, however, offers insurers with the right algorithms the potential to use social media and other publicly available data to assess behavioural patterns for risk, pricing cover accordingly. This is already happening in a few developed markets. “It is just a question of time before this becomes general practice in South Africa’s insurance market as well,” predicts Colman.

On a more pedestrian level, however, South African insurers are already using social media for a range of verification purposes. Old Mutual Insure, for example, recently dealt with an accident claim on a very expensive, and new, imported sports car owned by an elderly gentleman. The claim recorded that the gentleman was driving the car at the time of the accident, early one evening. A brief search on social media, however, turned up evidence that, “the gentleman’s son, an aspirant racing car driver, was out on the town with the vehicle that night, and that the accident actually happened much later when the owner was home in bed,” says Colman.

Simple things, like mobile phone records, can locate people. “Most insurance application processes obtain permission for insurers to access policy-holders’ mobile phone and other records as a matter of course,” cautions Colman. Smartphones only increase the amount of personal information potentially available to insurers, “but also to criminals if these phones fall into the wrong hands,” she adds.

The trick is to be aware of the information that you and your family members share on all the platforms and devices that you use, “and then take deliberate steps to protect the data that you absolutely have to share,” concludes Colman. 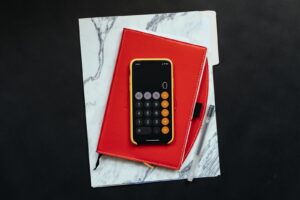 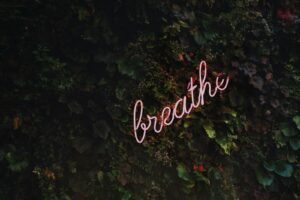